PAPYRUS Prevention of Young Suicide is delighted to announce that Debdatta Chakraborty has won the 2019 Youmanity Photography Award competition for reporting on the ‘Sheroes Hangout’ cafe managed by acid attack victims in Agra, India. In his winning shot, Chakraborty portrays Dolly and Bala, who, within the safety of the cafe, don’t have to hide their faces to form important friendships.

The second and third places were awarded to Ly Hoang Long from Vietnam for having captured the emotions of WW2 Veterans as they recalled history together on the 66th anniversary of the D-Day; and Anastasia Georga, Greece, representing friendship with a photo of her naked friends to signify the importance of honesty in any relationship.

‘It was heartening to see so many different interpretations of the theme of friendship, across generations and from all over the world. It’s obviously a subject that speaks to many people. Like all the most precious things in life, it’s hard to capture, in words or pictures, but the finalists of the Youmanity award have achieved it, showing a great deal of tenderness. I hope the winning image inspires people to cherish and nurture all their friendships; in doing so they may even be saving a life”.

Selected images from the photography contest will be showcased at the House of Commons in December 2019 where Debdatta Chakraborty will be awarded £1,000 cash prize.

Speaking about the event a spokesperson for PAPYRUS said: ‘It was an honour to judge this year’s Youmanity competition. To see so many people coming together to fight social isolation and promote suicide prevention has been incredibly heartwarming and uplifting”. 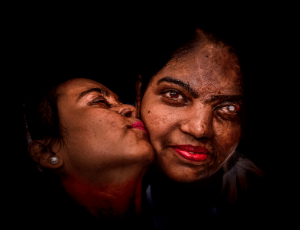