My name is Amy. I am 21 and currently studying Counselling and Psychotherapy at Edge Hill University. Alongside this, I run an organisation called All Ears MHA (providing mental health awareness presentations in schools & workplaces throughout the North West)!

A lot has happened to shape my path and bring me to where I am today. I lost my cousin at a very young age, and I grew up quickly in order to be there for those around me. His death affected me massively, but I didn’t realise just how much until I was 15. It was quite a normal day until our Head of Year called an assembly and told us that a girl from my year (who also happened to be one of my best friends) had died the night before. She had killed herself.

I was beside myself with grief and pain and confusion. Why had this happened? HOW had this happened? She was the happiest soul I have ever had the pleasure of knowing and loving. I didn’t know anything about mental health at the time, it was quite a taboo subject. But I slowly found myself falling into a very dark hole. I tried to do what I had done when my cousin Nathan died – to be there for those who needed me. Other friends had also lost her and needed some support. I had now developed a pattern; of putting a lid on things, moving them to one side and trying to pretend that I was okay.

I was not okay. I was drowning in a sea of deep deep sadness that I couldn’t shake and I had absolutely no idea what to do. I moved on to college but my attendance was increasingly bad. I wasn’t coping well. I was struggling to get up every day. It was like I was fighting a constant battle with my own thoughts – feeling guilty for living, feeling exhausted constantly. I was just absolutely lost. Then, one day I was called in to have a meeting about my absences and I had a mini-breakdown with my personal tutor, who then asked if I would like to see the college counsellor. I didn’t know if this would help at first and I wasn’t really sure what the purpose was; but this turned out to be a life changing experience. It was the beginning of my healing. I was being heard and held while I spoke about this pain that I had been concealing within me for so long.

This experience is the reason that I chose to study counselling and psychotherapy – I want to be there for other people, offer them support and swim beside them in their sea of sadness or pain. I wish so badly that my friend knew just how much I would have given to be there for her on her darkest nights, to hold her in her process and wait with her in the dark, until the light returned. I’ll never get the chance to go back and be there for her in that way, but I can be there for others. Nobody should be alone in their fight to live, and that’s why I will always be ‘All Ears’. Which brings me to why I started this organisation…

I had applied for the course at Edge Hill and was waiting to hear back about whether or not I had been offered a place. And in the suspense of waiting, I knew I needed to be doing more. So I set up All Ears – originally just with the idea of going into my own High School and telling Aleysha’s story. I want to keep her memory alive and ensuring that mental health is openly spoken about, so that people feel comfortable to reach out for help if they need it. My small idea has really started to take off. I have now delivered my Mental Health Awareness Presentations in: primary schools, high schools, Sixth forms, SEN schools, alternative education & soon work places! I can adapt them to whatever it is that is needed. I am aware that the funding isn’t great for Mental Health Awareness but that does mean ANYBODY should suffer. My website is allearsmha.com and our social media pages are all @allears_mha; so if you would like to know more about ‘All Ears’, or would like our team to present, please don’t hesitate to ask.

ALL EARS is actually an anagram of parts of Aleyshas name ‘ALEYSHA ROTHWELL’. But my main aim is to keep her memory as alive as possible. Her life was not for nothing. It’s thanks to her that thousands of children will be educated about mental health through All Ears. It’s thanks to her that my future clients will be held so empathetically in their process. It’s thanks to her that I push myself yearly to achieve new goals (last year’s was climbing the 3 peaks in aid of Survivors Of Bereavement By Suicide or SOBS, which I conquered with the help of my best friend – together we raised £560). I will never forget her and I will strive to take her with me in absolutely everything that I do.

Speaking as someone who has tried to end their life, when the sea of sadness felt overwhelming and when I thought the only outcome was to drown – the impossible really does happen by living. So live, or at least stay. Stay for a little while longer and see what happens. You never know where you may be 10 years from now, but I could put money on your future self being so so pleased that you chose to stay and fight this. 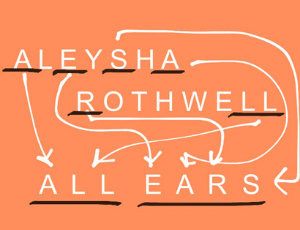