Today is International Women’s Day. To celebrate, we’re shining the spotlight on six incredible women who are leading the way for mental health awareness, here in the UK:

Juno Dawson is a journalist, LGBTIQ+ activist and author, penning a range of books for both children and adults that feature transgender characters. In 2016, she wrote Mind Your Head, a young adult fiction book which talks openly, honestly and often light-heartedly about mental health and explains that it’s OK and it’s normal to experience mental health problems. As a transgender woman, Dawson is leading an important conversation around mental health and how it affects the LGBTIQ+ community. YouGov statistics show that almost half of LGBTIQ+ people have attempted or considered suicide, and over 40% have self-harmed, so Dawson’s writing and her close work with LGBTIQ+ charity, Stonewall, are incredibly important.

Sue Baker set up Time to Change in 2007 to shatter the stigma around mental health and to tackle the associated discrimination that people with mental health issues face. Time to Change works with workplaces, communities and schools to change the way we think and act when it comes to our mental health. Baker’s work with millions of people across the UK saw her receiving an OBE in the Queen’s New Year’s Honours list in 2017.

In 2013, Elisha London was diagnosed with chronic depression and PTSD. After receiving the treatment she needed, she became an advocate for a healthy mind. In 2016, London was appointed the campaigns director at Heads Together, the mental health initiative set up by their royal highnesses, the Duke and Duchess of Cambridge, and Prince Harry. Today, London is the founder and CEO of United for Global Mental Health which calls on global leaders to collaborate in tackling mental health problems globally.

In 2016, Laura Darrell asked her friends and family to take a selfie with a post-it note on their forehead inscribed with the hashtag ‘#itaffectsme’ then make a donation to a mental health charity. Her idea was designed to show the universality of mental health following her own experiences of poor mental health. Over 3.5 million people shared Darrell’s call to action and she has since gone on to influence government conversations around mental health awareness.

Radio and TV presenter, Fearne Cotton has talked openly about her mental health problems over the years, admitting in 2019 she hadn’t driven on the motorway in two and a half years after experiencing a panic attack whilst driving. Since then, Cotton’s Happy Place regularly tops the podcast charts and last year she introduced the Happy Place Festival, which invited fans to revel in a day of mindfulness, meditation, relaxation and reflection. 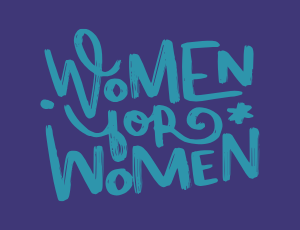